Things to avoid while using Truecrypt

Truecrypt is Free + Open source disk software. However I found out stuff that we should all be aware of to avoid our sensitive data being exposed. This does not mean isn’t safe I will just show how to make it stronger against various attacks. First of all True-crypt encourages you to use AES as its the first on the list (default) and its the fastest when you benchmark all available algorithms.

Therefore I thought of sharing this information that I recently found while surfing the net .If you ever use AES as your encryption algorithm then be aware that your container can be attacked by Truetrack and Hashcat. 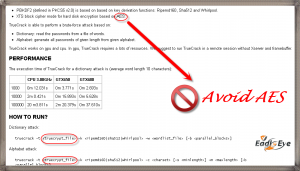 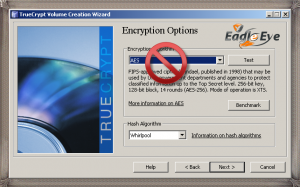 What If I use a strong combination of algorithm (Serpent-Twofish-AES) and strong password am I safe ?
Well if you have caching password enabled on your True-crypt settings !! then you are not if someone gets access to your computer physically. 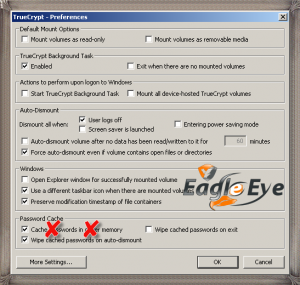 The reason is people like lostpassword and elcomsoft can use fire-wire ports to retrieve your cached keys by doing the following: 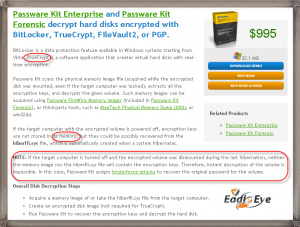 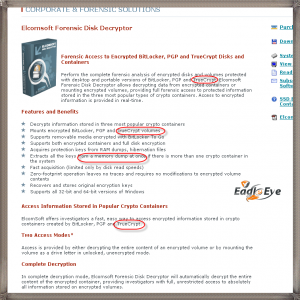 Quote by Steve Gibson:
“The TrueCrypt development team’s deliberately alarming and unexpected “goodbye and you’d better stop using TrueCrypt” posting stating that TrueCrypt is suddenly insecure (for no stated reason) appears only to mean that if any problems were to be subsequently found, they would no longer be fixed by the original TrueCrypt developer team . . . much like Windows XP after May of 2014. In other words, we’re on our own.”

Owner at Eagle Eye Digital Solutions
Crypto currency , security , coding addicted I am not an expert or a professional I just love & enjoy what I am addicted on🤠

About EEDS     |Go to Homepage